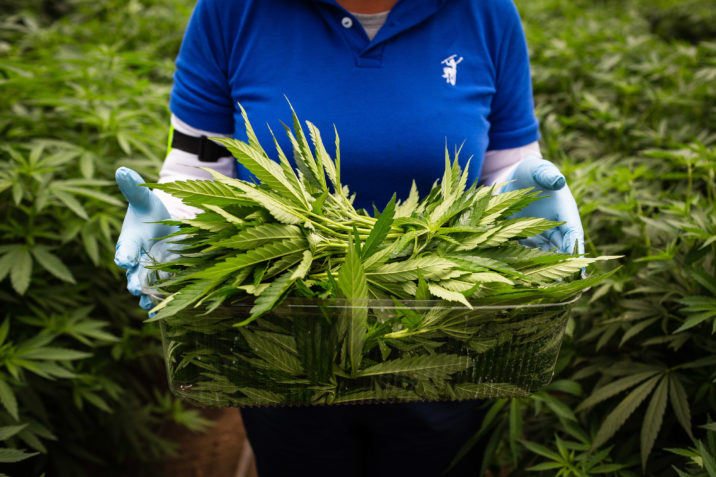 Cannabis legalization has gained tremendous momentum throughout recent years due to the strong public support it has. In particular, most countries are exploring opportunities within the medical cannabis market, as government regulators and medical institutions are advocating the use of cannabis for certain medical applications such as treating symptoms associated with cancer, chronic pain, Alzheimer’s Parkinson’s, and epilepsy.

Notably, Canada and the U.S. represent two of the largest markets because of their flourishing recreational market. Canada moved to legalize cannabis entirely in late 2018, but the plant remains federally illegal in the U.S. However, despite the federal regulations, U.S. states were granted the jurisdiction to legalize cannabis or maintain its prohibition. Ultimately, the overwhelming support eventually led to more than half the country legalizing medical cannabis and just over a fifth legalizing its recreational use.

Specifically, the U.S. is the primary growth driver for the global legal cannabis market as the country accounts for the majority of the market because of its early adoption. Dating back to 1996, California became the first state to legalize medical cannabis. Nearly two decades later, in 2014, Colorado and Washington state made history by becoming the first to legalize recreational use. Moreover, in October 2018, Canada reached a major milestone after it became the second nation ever to completely legalize cannabis.

Nonetheless, despite Canada’s legalization, the U.S. still accounts for the majority of the market share. However, the Canadian market is continuing to mature and in combination with the U.S. marketplace, the North American region is positioned for exponential growth. Currently, the medical sector dominates that cannabis marketplace, but as the recreational segment continues to accelerate throughout the region, industry experts believe there will be a shift in market shares between the two markets. And according to data compiled by Imarc Group, the North American legal cannabis market is expected to reach USD 35 Billion by 2023 from USD 8 Billion in 2017.

Most medical patients prescribed cannabis usually require potent strains. Oftentimes, the severity of their conditions affect their daily lives and as a result, a stronger strain can better subdue their symptoms and allow for a more manageable day. For instance, someone who may have just received approval for medical cannabis is more likely to use a CBD dominant product. On the other hand, a frequent user is more likely to use a THC dominant strain. In order to produce a suitable strain, cultivators must carefully pick specific seeds with the relevant genetic makeup.

Unfortunately, it is difficult to increase the CBD content within strains because the cannabinoid relies solely on the seed’s genetic compound. As such, cultivators use a low-THC and high-CBD seed to maximize the CBD levels in their buds. On the other hand, THC products can see their potency grow with a favorable growing environment and procedure. To note, the majority of the potency lies on the buds within trichomes. In order to promote trichome growth, cultivators have engaged in a meticulous process whose end process they call “craft cannabis.” Similar to other craft artisans, craft cultivators aim to produce premium products for consumers.

Specifically, they take extensive measures to ensure products are of high quality and potency. Depending on the plant, growth factors such as harvest time, plant care, light levels, and the curing process play a large role in the outcome of the strain’s pedigree. Furthermore, craft cultivators generally tend to hand-trim their plants to preserve as much of the buds as they can. Hand-trimming is a much more effective but laborious way to maximize the cannabinoids within the buds. Consequently, the painstaking process of growing craft cannabis results in quality that most large-scale licensed producers cannot compete against.

As such, craft cultivators are able to stay ahead of the competition while maintaining higher than average prices of the quality. “I’d certainly like to see a definition of ‘craft’ that eliminates the big companies from sliding in and pretending that they’re ‘craft’,” said Brian Taylor, member of the Craft Cannabis Association of B.C. “There’s enough small growers across Canada, particularly here in B.C., to really make it worthwhile.”

Through the newly formed partnership, Great North will give Pasha Brands access to its nationwide sales and distribution network, which includes experienced sales and marketing teams, established relationships with all government cannabis distribution boards, as well as coverage with Canada’s numerous private retailers.

“Our agreement with Great North is very significant for a variety of reasons,” said Jason Longden, CEO of Pasha Brands. “Through BC Craft Supply Co., small craft producers throughout Canada will now have nationwide sales representation for their world-famous craft products – without ever having to make a sales call. The Great North leadership team’s experience in the wine and spirits sector translates well into the newly established Canadian cannabis industry and is of great value as we look to build our business throughout Canada.”

Established by the owners of Southern Glazer’s Wine & Spirits, the world’s preeminent distributor for beverage alcohol, Great North has reach across every province in Canada, including established relationships and expertise in working with provincially-owned and operated retailers and private retailers. Great North applies industry-leading data analytics capabilities from the wine and spirits industry to the new cannabis industry, providing suppliers with a powerful data-driven approach to cannabis sales.

Doug Wieland, Executive Vice President and General Manager of Southern Glazer’s Wine & Spirits of Canada and Great North Distributors, provided insight into the decision to partner with Pasha Brands, saying, ‘Having spent the past year meeting the Pasha team and craft producers in BC Craft Supply Co.’s supply chain, we believe that the next big move in Canada’scannabis sector will be craft products. We look forward to bringing these products to market in a timely and accessible fashion and can’t wait to see how Canadians react to this highly coveted class of cannabis products.’

With a proven track record of performance and driving sales from coast-to-coast, Great North will ensure that Pasha Brands, its subsidiaries and their products will be well-represented at cannabis retailers across the country. Great North’s established cannabis sales team has been operational pre-legalization and will be responsible for selling Pasha’s growing portfolio of brands and products to Canadian cannabis retailers.

Under the agreement, BC Craft Supply Co. will purchase cannabis products from licensed micro-cultivators for processing and sell the finished products through provincial and territorial government distribution systems in Canada.