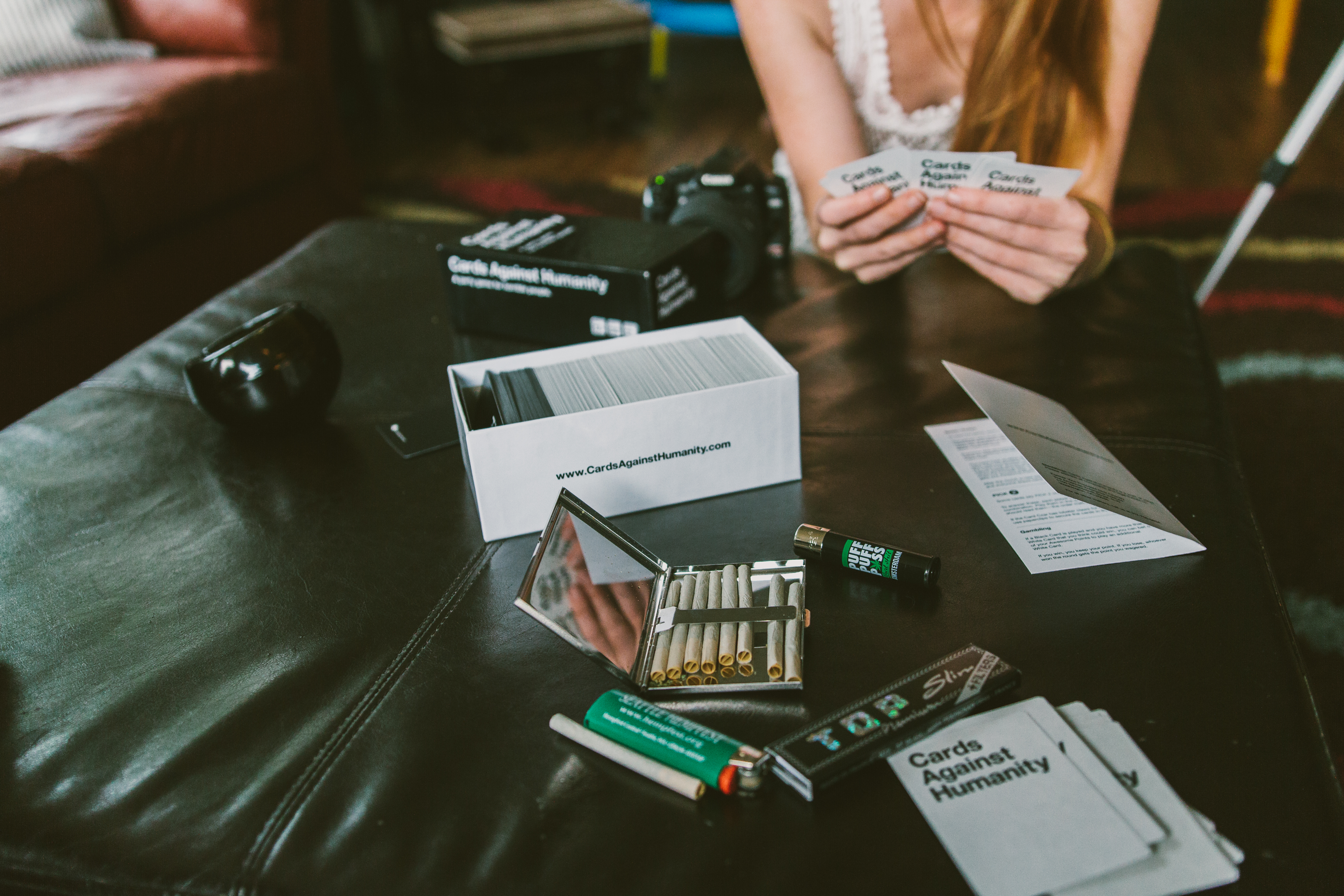 The Solace of Friday Night

There’s something about Friday nights. They’re just… better. The air, crisper. Each step, lighter. The hours may go by a little slower during the day, but knowing that the reward on the other end is worth it. A gram on Friday just seems a little fuller. A little heavier, perhaps? Those orange hairs a little more vibrant? Absolutely.

But why? Why are Friday nights so particularly perfect and most celebrated amongst cannabis lovers? Why does every Friday, without fail, feel like a day playing kickball with Bill Murray and Lobsterfest have eternally fused into a glorious Chimera? A mythical day of the week, homegrown just for us?

The simple answer points to Fridays being the start of the weekend. The end of the workweek. A dramatic shift from doing what you have to do to doing what you want. It’s the day most people get paid. More green, more greenery, right? You’re free. Free from the tyranny of the five-day, 40-hour slog. Friday becomes the perfect storm of a day to get together with the people you love and just smoke. But why doesn’t everyone enjoy the crushing liberation of getting in a circle and passing and puffing, passing and puffing so freely on this night? Wouldn’t that quiet guy from accounting who says he can’t stand the smell, also be giddy? Wouldn’t we be having more family gatherings and hoping that Uncle Pete won’t steal another one of Dad’s lighters?

Maybe it traces back to the geneses? Friday is indeed named after the goddess Venus. The day of love, sex and beauty. Surely the universe (or the powers that created the Gregorian calendar) recognized that this day of the week was created for us. But wouldn’t that mean that Friday should be a National Day for hooking up? Swiping right more freely?

Perhaps it’s a numbers game. According to the statistical analysis over at Nate Silver’s site, FiveThirtyEight, they found that people are buying more cannibas on Fridays. Dispensaries sell more, medicinal and recreational, more than any other day of the week by far. But isn’t that a “chicken and the egg” scenario? What came first?

I want to believe that the reason is more romantic. It could be argued, without consulting a team of statisticians, that everyone’s first exposure to the plant most likely occurred on a Friday. It’s because the nostalgia of the day. That must be it. Our youth, powered by the undisputable fact that everything was just fucking awesome back then. And even if you didn’t experience the full-bodied, universe-expanding high on your first session, that next Friday, you did. And you were never going back. But my first time was on a Tuesday night after football practice. On the bed of a swampy creek behind a TGIFridays, Barnes and Noble occupied strip mall. Mosquitoes and all. I lost my wallet that day too. But I still think there is something special about Friday nights.

There are less poetic reasons. We can’t talk about Friday without talking about the seminal, smoke-culture film of the same name. But that’s low hanging fruit. And I’d like to believe that we have elevated above being impressionable minds behind a system such as Hollywood. To tell us we love getting high on Fridays because of its eponymous franchise. For what it’s worth, Friday After Next would be reason enough to boycott that day of the week on principal alone. It balances out.

Friday is, without a doubt, an auspicious day. It is the day of the week that brought us the wonderful Julia Louis-Dreyfus. And probably more importantly, the Olsen twins. But a lot of us were smoking long before that. It is the day that introduced the larger world to Black Sabbath with their first album, John Peel’s Sunday Show Radio Session. The accordion was patented on a Friday. Polka does go with just about everything. But maybe the most compelling argument that Friday inherently brings so much joy to the world is that Disneyworld—the happiest place on Earth—opened on Friday, October 1, 1971.

But the reason behind, I would like to think, the happiness and beauty and comfort that comes with this day is much more simple than any of that. Maybe Fridays are what they are to our community because all people, those part of cannibas culture and those of mainstream, are just better off on Fridays. We are, for maybe just this one day a week, on the same team. A collective. The rest of the world on this day somehow, magically, becomes more like ours. Go outside to any busy, street in New York City on a Friday evening. Everyone is smiling. There’s a little more grace. A little less push. A lot more give. Doors are opened for a bit longer, patiently waiting for a stranger to pass through. The comfort of Friday for us, the reason we get together with friends and love the fact that we can leave the stress behind, is because the sometimes-shitty world that surrounds us, for just one day, is a shared world and thus… better.