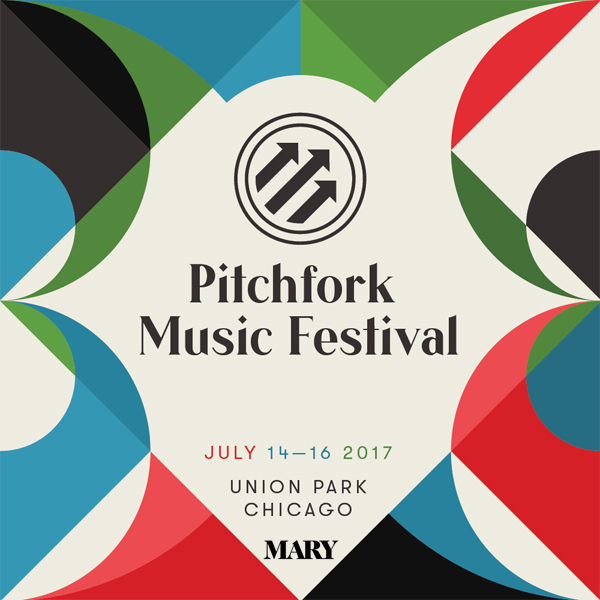 As a thirty seven year old music lover, I had the privilege of seeing some pretty incredible concerts and festivals in my lifetime.  It is also an added bonus that, here in Chicago we get at least four festivals per summer to enjoy various musical genres and incredible food. The only one, that I really check for every year is without a doubt, Pitchfork Music Festival. Now entering it’s twelfth year, they undoubtedly put together the best line up I’ve seen in a few years.

Friday afternoon was a pretty chilled out atmosphere. Being, that majority of the city remained in the confines of their offices, I was able to get the lay of the land quicker along with some good candid photos of concert goers. For those unfamiliar with the set up, Pitchfork has three stages: The Red Stage towards the entrance of Union Park, The Blue Stage which is closer to Ashland Ave, and The Green Stage (which is the main stage).  After getting some content of food and beverages, I was headed into the pit for the first time as a photographer. I got there right in time for Vince Staples’s performance, which is never disappointing. Vince’s stage presence along with his cynical brand of humor, make him an ideal act for the Pitchfork crowd. He powered through his set with the versatility of a stage veteran and the swag to match.  Next up, the hipster’s favorite, Danny Brown.  I will say, from the time his DJ played his intro (Black Sabbath’s “Iron Man), until he walked off that stage, Danny had the crowd in the palm of his hand by  effortlessly maneuvering though every song and making the vibe closer to a rock concert than some hip-hop concert.

Saturday was the main event. All praises due to the other bands on the bill that day, but I, along with 90% of the people, was there for A Tribe Called Quest. I haven’t had the chance to see them in concert since 1997 at The Smoking Grooves Tour; so early pit arrival was a must. As I waited with at least sixty other photographers, the thought entered my mind: will this be as great without their brother Phife Dawg? Well, like the tried and true veterans that they are, they shut me up REAL QUICK. As soon as they touched that stage, it was complete pandemonium. With hit after hit, it was like I went into a time warp that landed me back in high school circa 1994. I was so enthralled by the performance that I forgot that Tribe left a vacant microphone on stage for Phife, and when I saw that my tears fell instantly. We had to exit the pit after the first three songs but were lucky enough to catch the rest of the show from the VIP stands. In all honesty, this was the biggest crowd I believe Pitchfork has seen. It was a truly magical experience for all in attendance.

Sunday was all about Solange. When I arrived around 2pm, people were already camped out in front of the green stage trying to find the perfect spot to set up for her 8:15 set.  By 7:30pm, everyone was making their best effort to get a spot in the crowd. Unfortunately, they wouldn’t allow photographers in the pit for her show, so I had to watch from the side stands with the other VIP’s. Elegantly dressed in orange along with her band and background vocalists, Solange gave a commanding, ethereal performance which seemed as if it was right out of one of her music videos. Her artistic vision and fierce dedication to social justice issues in the community all culminated together onstage that night in an amazing set that gained her a new fan.

Looking back on the weekend, I gained a healthy appreciation on what it takes to be in the media pit as a photographer. Carrying bags of gear, standing for hours, fighting through crowds to get that one shot that will showcase your experience was a lesson in patience, will power and timing that is going to stick with me forever. I am grateful to MARY Mag for allowing me to have that experience.