Cannabis tech is experiencing a boom. New industrial innovations in the cannabis space are cropping up all the time. While many of those innovations, such as agri-tech extraction machines and BiFarm automated grow boxes, exist primarily on the commercial B2B plane, the sleek and streamlined greenbox and marinabox robotic retailers are currently disrupting retail dispensaries and even festivals.

Using artificial intelligence (AI), greenbox makes robotic cannabis and CBD dispensers, or vending machines. As many of these robots are housed in dispensary lobbies or waiting rooms, a customer looking for CBD or marijuana can order their products and check out in under three minutes. The AI also recommends additional suggestions based on what product the customer purchased, similar to how Amazon recommends comparable or compatible items to the ones added to the user’s checkout cart.

This feature may seem basic at first glance. However, when was the last time a vending machine capable of dispensing a package of oreos via a coil mechanism recommended a carton of milk to go along with it? Or had a touch screen? With a regular vending machine,  the outcome and expectation is limited. With a smart robotic dispensary, the possibilities are enthralling. Civilized sat down with greenbox robotics founder and CEO, Zack Johnson, to learn more about his robots.

How long did it take you to develop a prototype greenbox robot from napkin drawing to fruition?

After a two year period of design, research and development, and trial and error, my kiosks came to fruition by the direct hand of lead engineer Peter Boyle.

I was introduced to Peter Boyle by my manufacture. I was told he was the only one who could bring my napkin sketch to life in CADD [computer-aided design and drafting, a technology used for technical documentation often used by architects and engineers]. We definitely made the right decision bringing him on.

Where were the first robots deployed?

Three perfected machines made their debut at the entrance to the Erba Collective dispensary [in Los Angeles], on January 10th, 2019. So far, greenbox has generated approximately $54k in revenue for Erba within 2019. Erba refers to greenbox as “Erba Express Checkout, Powered by greenbox robotics.” Erba’s co-owner Jay Handal says he plans to roll out five more machines at Erba Market, an 8,000 square foot dispensary, that is currently in development and opening soon.

What was the initial reaction to the robots?

The response was fantastic. The robots are incredibly popular with brands in the cannabis space and are catching on rapidly.  Select CBD did a greenbox activation — a curated presentation of a brand’s new offering – at SXSW. Marinabox [the sister to greenbox in marine blue which dispenses CBD products only] activations took place at Coachella and Bayked festival and several more are in the works. Gen!us [a California-based cannabis company with a brand portfolio], plans to have three robots at an upcoming activation as well.

Vending machines aren’t exactly a new concept. What makes yours so buzzworthy?

The greenbox was engineered and manufactured specifically for the canna-businesses to accommodate marijuana products and accouterments. Customers are taking their phones out and filming their transactions. This is an unparalleled form of marketing and engagement. Do people usually film themselves buying a pack of cigarettes or a can of soda out of a regular vending machine?

Firstly, I think they are excited about the technology, and secondly about the coolness factor of being able to buy cannabis from a vending robot.

Additionally, the graphical user interface, transparent window and robotic arm make it more engaging because you can see inside.

The feedback I have received is that the robotic arm makes customers feel like they have won a prize, even though they are selecting products. Imagine if the always-frustrating arcade claw that never manages to pick up and dispense a prize, suddenly morphed into a machine where the user always wins.

The robot’s graphical user interface is touch screen. It divides products into edibles, flower, oil and so forth. Customers browse and choose the products they wish to purchase. Next a robotic arm selects and dispenses the items once the payment is completed, by tapping out with a cellular phone’s Apple or Samsung pay. In under three minutes, a greenbox customer is out the door with his products.

Additionally, you can vend multiple items in one transaction (flower, papers, filters) and get educated at the point of sale via product descriptions. Does a regular vending machine describe in detail the difference between various flavors of soda, in order to help customers decide which one they really want?

The robot’s algorithm makes customized suggestions based on a customer’s buying pattern and spending habits, similar to Amazon suggestions. For example, if you like Lowell Smokes pre-rolls, you might like gen!us’ pre-rolls.

How did your experience as a former music industry executive help shape your career in an ancillary cannabis business?

I signed Sammy Adams to a record contract that I found on the internet. He had a couple of songs on YouTube at the time, the most popular being his remix “I Hate College.” The irony is that I dropped out of college after my freshman year to launch the record label around Sammy. When I signed hip hop recording artist Boston’s Boy Sammy Adams in 2010, I was very much into cannabis culture. I see a link between the music and cannabis industries. The boundary-eroding culture of each is a prime example of how these two industries are similar. The connection is the mutual desire to push the envelope. Both the cannabis and artist culture are receptive to collaboration. The best example I can give is Rod Stewart doing a song with ASAP Rocky. That song is a testament to how musical and generational boundaries are being pushed similar to how incredible farmers are pushing the boundaries on cultivation. Also, after a crop has cured and is ready to be extracted, the vehicles in which we consume it, like music, are also evolving.

How do you apply your previous work experience to the cannabis industry?

Although I am no stranger to cannabis, I slipped into the cannabis industry through the backdoor, so to speak. After hanging up my boots in the music business, I became the director of sales at Hawke Media, a full-service marketing firm that specializes in brand building and customer acquisition. One of my favorite clients happened to be a dispensary in Venice, California. As we collaborated over the course of a year, I had an intimate view of how the gears turned inside a dispensary. I realized that there were so many lost opportunities and rampant inefficiencies that could be weeded out — no pun intended — with some good old 21st century automation. From there, I leveraged my years of experience qualifying partners, dissecting competitors, and pulling together a team of talented individuals to bring greenbox to life.

How can greenbox improve sales outside of a dispensary, such as at a shopping mall, for instance?

According to Colbi Stahl, my head of strategy and brand partnerships, the highest grossing regional mall in California, Westfield Valley Fair in San Jose, averages $810 per square foot per year across all stores. South Coast Plaza in Orange County grosses $800 psf/yr. Based on the first five months of 2019, in terms of sales per square foot, our sales place us well above this average. While we are still learning to optimize our product mix and offering, it makes me think we can outpace some of the largest retailers with CBD robots in the right locations.

So how does someone get a greenbox? Can I have one in my apartment?

(Laughs) A customer can either buy or lease the robots directly from our company, depending on what the client wants. There is a small transaction fee that is baked into the price per product; however it does not affect the retail price of the item. So a $30 box of gummies (for example) is the same $30 whether a customer buys it from a budtender or from a greenbox. We don’t nickel and dime our customers with fees.

Being an entrepreneur, how would you encourage others to pitch their big ideas?

I think before you can speak to an investor about an idea — and I have people pitching me on ideas all the time now that greenbox has momentum in the marketplace — you need to show proof of concept or at least, a business plan on how you’re going to make money and how you’re going to return the investors’ money and then become profitable. Because of my background in entrepreneurship, I was confident in my ability to show how we would make money. 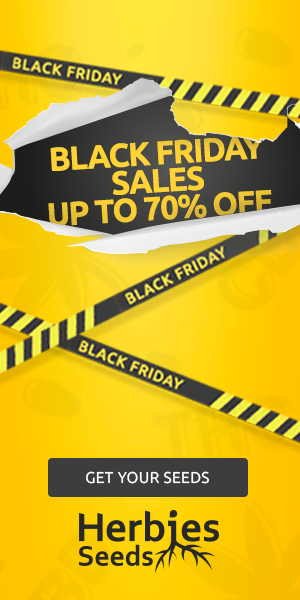