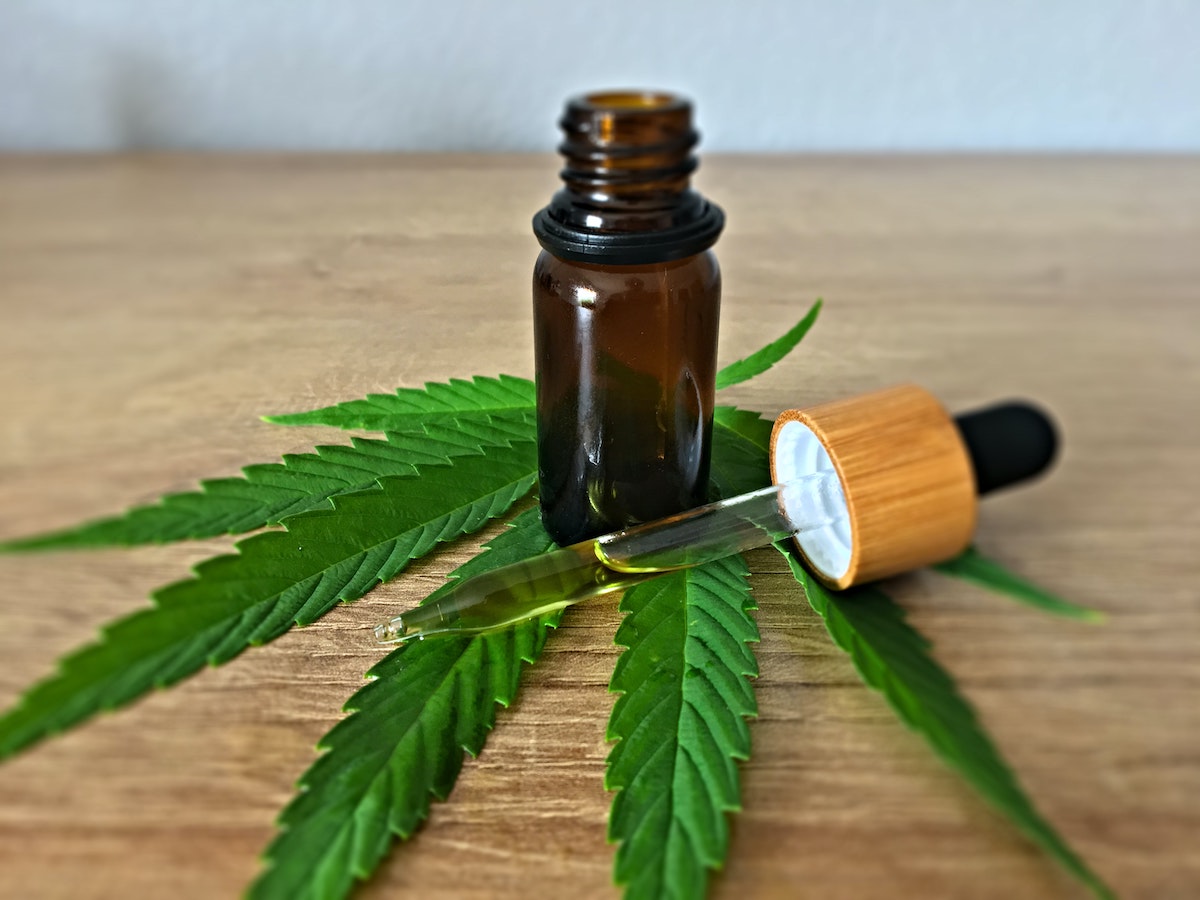 CBD has been making serious strides in the recent months as further health benefits surface about the cannabis compound. With society having questions and wanting to know more about the benefits, uses and side effects – we, at MARY decided for our next health and wellness initiative that we would launch a 30-day CBD challenge beginning in the month of May.

For the thirty days, we will highlight quality brands, their products and the benefits along with notes on CBD and it’s benefits. To begin our challenge, we’ve compiled benefits, uses and side effects to address your immediate questions.

CBD hemp oil has a huge range of potential health benefits and uses, including reducing pain, soothing anxiety, fighting cancer, improving mood, eliminating depression, preventing inflammatory arthritis, protecting the immune system, balancing the metabolism, aiding sleep disorders, and healing the skin, among others. CBD oil can also be used in many different ways and has a variety of applications for natural health.

It may have side effects such as low blood pressure, lightheadedness, fatigue, dry mouth, and slowed motor functions. However, these side effects have been found to be mild according to various studies. Use of CBD oil is recommended if you live in a country or region where the possession, use, and distribution of marijuana is legal.

What is CBD Hemp Oil?

CBD hemp oil is the product derived from the hemp plant, which is high in CBD (cannabidiol) and [1] low in THC (tetrahydrocannabinol). This oil has received a large amount of attention in recent years, due to the growing wave of marijuana legislation and debate in many countries, including the United States. While cannabis and smoking marijuana (which often has a high level of the psychotropic compound THC) is still illegal in many places, as more is being learned about CBD, and its potential effects on health, it is becoming more and more accepted as a legal and safe remedy for a wide variety of health conditions. Since it has a minimal amount of the psychotropic compound THC, use of this oil does not result in a traditional “high”, so its effects are generally considered therapeutic, not mind-altering.

There are more than 80 cannabinoids found in cannabis plants, with THC being the primary one, followed by CBD. However, in the hemp plant, which is a different strain of the species Cannabis sativa, CBD is the main active ingredient, and THC is barely present, making its use and legality more widespread. The reason that CBD is such an effective form of support for human health is due to the body’s endogenous cannabinoid system. This regulatory structure of the body has millions of cannabinoid receptors in the brain and nervous system, which react not only to plant-derived cannabinoids (such as hemp and marijuana) but also to natural cannabinoids produced within our body. When hemp oil is used and processed by the body, it is effectively boosting the function of the endocannabinoid system, helping our [2] body regulate itself in many different ways.

Not only does true CBD hemp oil contain high levels of cannabidiol, it also vitamins, nutrients, minerals, volatile acids, and antioxidants that will further supplement your health.

CBD oil due to its analgesic properties is commonly recommended for chronic pain of all kinds [3], ranging from back pain to the full-body agony of cancer. It can disrupt the activity of pain receptors in the body and instead cause a release of neurotransmitters such as serotonin and dopamine – “feel good” compounds that can ease discomfort and pain, even if the pharmaceutical painkillers have no effect.

CBD oil can cure vomiting and nausea. The non-psychotropic components of this oil activate certain [4] autoreceptors, which causes antiemetic/anti-nausea effects in the body.

When it comes to inflammation [5], some people can only find relief with CBD oil, particularly those with advanced cases of rheumatoid arthritis, multiple sclerosis, migraines, joint disorders, and pervasive muscle pain. In some cases, people have reported nearly miraculous improvement in the inflammatory symptoms of chronic diseases.

CBD hemp oil is well known to reduce feelings of anxiety [6] and stress, as well as prevent depressive episodes by increasing the levels of “positive” hormones and neurotransmitters in the body. Although some people claim that marijuana makes them “paranoid” or anxious, that is largely due to the psychotropic THC found in cannabis.

A number of studies have connected the use of cannabidiol (CBD) with decreased occurrence and severity of neurodegenerative diseases, such [7] as Alzheimer’s and Huntington’s disease. This presents yet another exciting development for medical researchers, given the persistent challenges to finding effective solutions for these conditions.

Highly concentrated doses of CBD oil have been successfully used to treat [8] epilepsy in a number of research studies. While there has been quite a limited success in medication to prevent or treat epilepsy, the physical and neurological regulatory properties of CBD oil represent an exciting new solution for people with this seizure-inducing condition.

Another major reason why CBD oil has been positively received in some parts of the medical community is its apparent effect on cancer and tumor growth [9]. In multiple studies, the use of CBD oil (even direct injection into tumors) has resulted in tumor reduction or elimination. The antioxidants in CBD hemp oil also provide anti-mutagenic properties and lower users’ risk of cancer.

Studies performed on animals and humans have found [10] that CBD oil has anti-psychotic properties too. The research supports the idea that this oil could be a possible therapeutic option in treating psychosis such as schizophrenia.

There is a strong sedative quality to CBD hemp oil, making it a popular remedy for people with insomnia, sleeplessness, interrupted sleep, post-traumatic stress disorder, restless leg disorder, and other night-time issues. Inhaling a small amount of CBD oil, applying it to your chest, or even [11] putting a few drops on your pillow can help you get the good night’s sleep you’ve been seeking.

The majority of cannabinoids have been proven to have [12] positive effects on the body’s immune system, particularly CBD oil, as it can help regulate overactive immune systems. This means less susceptibility to allergens, and a possible application for autoimmune diseases, which are some of the most difficult-to-treat medical conditions.

CBD oil is also known to control the appetite. This is largely [13] due to the release of certain hormones in the body that control hunger and satiety. By optimizing the levels of these hormones based on the actual needs of your body, you can establish a healthy appetite, particularly following surgery, extended illness or injury.

Improving the appearance of the skin, especially reducing the signs [14] and symptoms of acne and eczema, are the great benefits of regular CBD oil use. Topical application is quite [15] popular for this, whether in a diluted or undiluted form, depending on the severity of the skin affliction. The powerful anti-inflammatory properties of the oil can also soothe redness, itchiness, and swollen areas of the skin.

Studies show that cannabidiol present [16] in CBD oil can [17] control diabetes and lower the level of insulin. Although a lot more research needs to be done in this area of study, initial studies have laid the foundation for the use of CBD oil to lower the risk of diabetics.

CBD oil is highly beneficial for the cardiovascular system too. It enhances [18] the vasorelaxation of the arteries, protecting it against the vascular damage caused by inflammation in a high glucose environment. However, deeper studies need to be made in order to fully explore its dosage and effects on cardiovascular health.

The non-psychoactive constituent of Cannabis sativa, cannabidiol, has therapeutic uses in treating psychiatric disorders. It is used to fight [19] alcoholism and cocaine addiction, which means it reduces alcohol and drug relapses.

CBD hemp oil has a number of uses and comes in many forms including capsules, tinctures, sublingual supplements, liquid oil, oil as a paste, sprays, salves, creams and in edible forms, such as candies or sweets. You can also inhale CBD oil from vapor-releasing pens, similar to the technology for e-cigarettes. This variety also provides a lot of controlled flexibility in terms of concentration, making CBD hemp oil useful and desirable for people of all ages, economic means, and personal needs.

An appropriate dosage of CBD oil will depend on the individual, as well as the severity of the health condition a person is trying to remedy.

If this is not sufficient for calming your symptoms, a gradual increase of another 25 mg per day, over the course of 3-4 weeks, is recommended. While there have been no reports of more serious side effects when this oil is taken [20] in larger concentrations, it is best to slowly increase your dose to find a comfortable and effective level, given your individual characteristics and needs.

More and more medical professionals are becoming informed about the potential benefits of CBD hemp oil, and are more commonly recommending it to their patients. Before adding this potent oil to your daily life, particularly if you have a pre-existing medical condition, speak with your doctor about any risks.

Is Hemp and CBD Oil Same?

Unlike CBD oil, hemp oil is derived from the seeds of the hemp plant – typically industrial hemp. This means that a number of cannabinoids found in hemp oil are actually quite low. The CBD content of this oil may be close to 0%, whereas the CBD content of CBD hemp oil can be as high as 15% or more!

Hemp oil does have a number of uses and is often marketed as a cooking oil or a product that is good for moisturizing the skin. It is also used in the production of certain soaps, shampoos, and foods. It is also a basic ingredient for bio-fuel and even a more sustainable form of plastic. Hemp has been cultivated and used for roughly 10,000 years, and it definitely has useful purposes. However, a lack of cannabinoids, namely CBD, means that it has [21] little therapeutic value.

Be wary of any manufacturers who try to market natural hemp oil for its anti-cancer, anti-inflammatory or other medicinal applications. You will be much better off with CBD hemp oil, which can have critical effects on human health that have been proven countless times.

CBD oil is not legal everywhere. It is banned/restricted by countries such as UAE, Dubai, and Saudi Arabia. Although CBD oil is illegal in many of the US states too, some have legalized its use for medicinal purposes. While the number would be ever-changing, as of March 2018 there are 17 states in the US which have legalized the use of low THC, high CBD products for medical reasons in limited situations. These states include Alabama, Georgia, Indiana, Iowa, Kentucky, Mississippi, Missouri, North Carolina, Oklahoma, South Carolina, South Dakota, Wisconsin, Wyoming, Tennessee, Texas, Utah, and Virginia. It is advisable to consult your local health specialist before use.