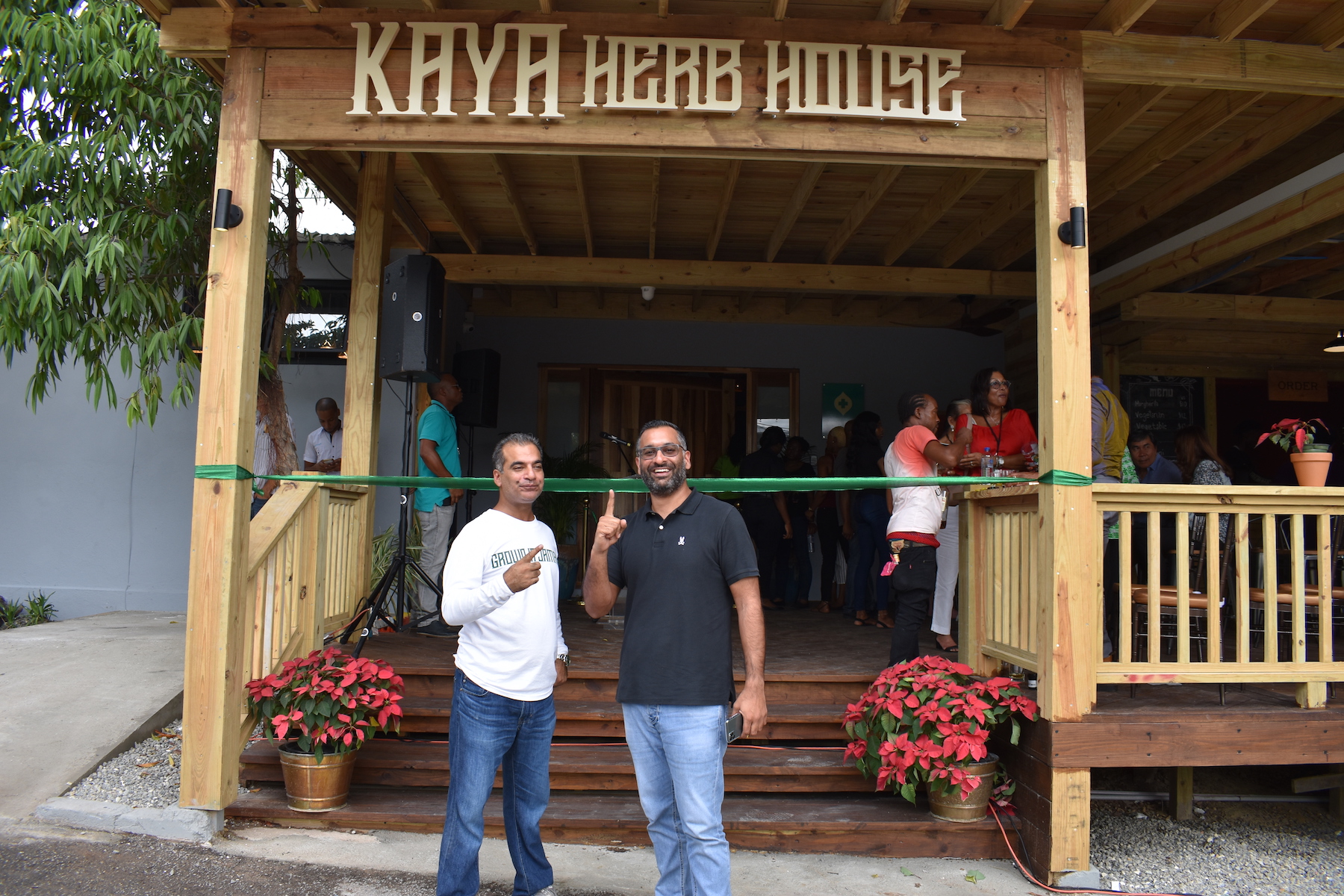 Vaswani, 43, remembers the heyday of native herb, famous for the Lamb’s Bread strain beloved by Bob Marley. “That’s really when Jamaica was kicking,” Vaswani says. “We had great strains in the Seventies.” Since then, Jamaican ganja has waned on the world stage: diluted by outside seeds imported from overseas – and victimized.

However, in what was clearly a losing battle for Jamaica not be reputed for its cannabis, the Jamaican government decriminalized weed first, then eventually legalized medical marijuana.

The third location in Kingston’s “Golden Triangle” of tourism which includes Devon House and the Bob Marley museum opened Thursday to much fanfare, including a performace by Rohan’s brother KyMani Marley and an art instillation by Jude Issa featuring creative portraits of dancehall legends Spice, and Vybz Kartel.

There is a wooden deck and veranda built around an enormous tree that is the perfect selfie spot, with nearby tables for consuming pizza and other snacks. More of an entertainment complex than merely a dispensary, it has quickly become a tourist hot spot.

The shop sells t-shirts and toiletries such as hemp soap and deodorant, which are necessities in the 85° heat on typically sunny days.

As for the herb itself, Kaya is vertically integrated, with a 5,000-square-foot greenhouse, cultivating 2.5 meters-high trees.

Vaswani’s longtime friend Rohan Marley acknowledges he restored the reputation of Jamaican-grown ganja. “You can taste the soil, the pineapple and the sweetness, says Marley. “Bali brought the standard way up.”

While an employee of local radio station IRIE FM notes that consuming cannabis is still stigmatized among older, working class Jamaicans, hopefully their minds will open alongside Kaya’s groundbreaking and stigma-shattering enterprise.Vaswani plans to expand the dispensary chain and wellness platform across the Caribbean with outposts in Cayman, St. Vincent, and Trinidad in 2020.